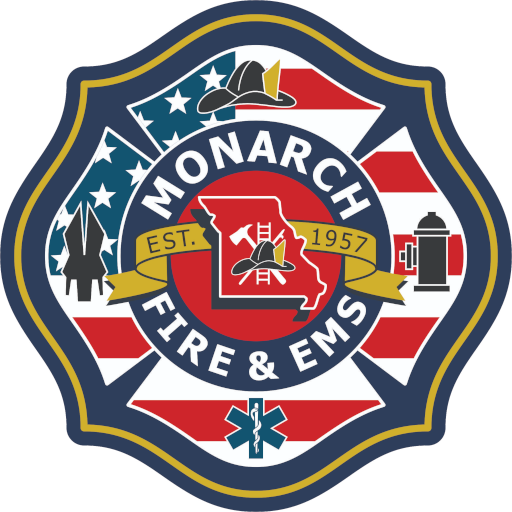 Chesterfield, MO-The Monarch Fire Protection District Board of Directors announces the original election date for Proposition F has been moved by the St. Louis County Board of Elections to June 2.  This change is due to the St. Louis County Covid-19 Stay-At-Home Order.  In February 2020, The Board of Directors had unanimously voted to seek voter approval for this bond issue.  This was the culmination of a six-month process that assessed the condition of the District’s facilities and emergency vehicles to meet the current and future needs of the District.

Considerations included the age of two original fire and EMS stations that are, respectively, more than 46 and 50 years old.  Despite the fact that each has been extensively renovated and updated over the years, structural issues are causing significant maintenance costs with short term solutions to ongoing problems.  Additional issues include the fact that today’s firetrucks and ambulances are significantly larger than those which existed when these stations were built, causing clearance and fit issues in these older stations.  Finally, the number of EMS and fire/rescue calls has more than doubled since 2009 from about 4,000 annual calls to more than 8,000 calls in 2019, causing substantially more wear and tear on front line response trucks.  This does not take into account the significant increase in EMS calls during this current pandemic.

Fire Chief, and 40-year Monarch veteran, Cary Spiegel, informed the Board in 2018 that these costs would need to be addressed in the near future. While the Board sought temporary solutions, they determined the time has come to address them before they have a negative impact on providing life-saving responses in the District.

Plans include replacing Fire Station #2 and Fire Station #3 over the coming years with modern structures that will meet the District’s needs in those areas for several decades.  Funds will also go to replace two aging fire trucks, starting with a 2002 ladder truck that is years past its recommended and ordinary lifespan.